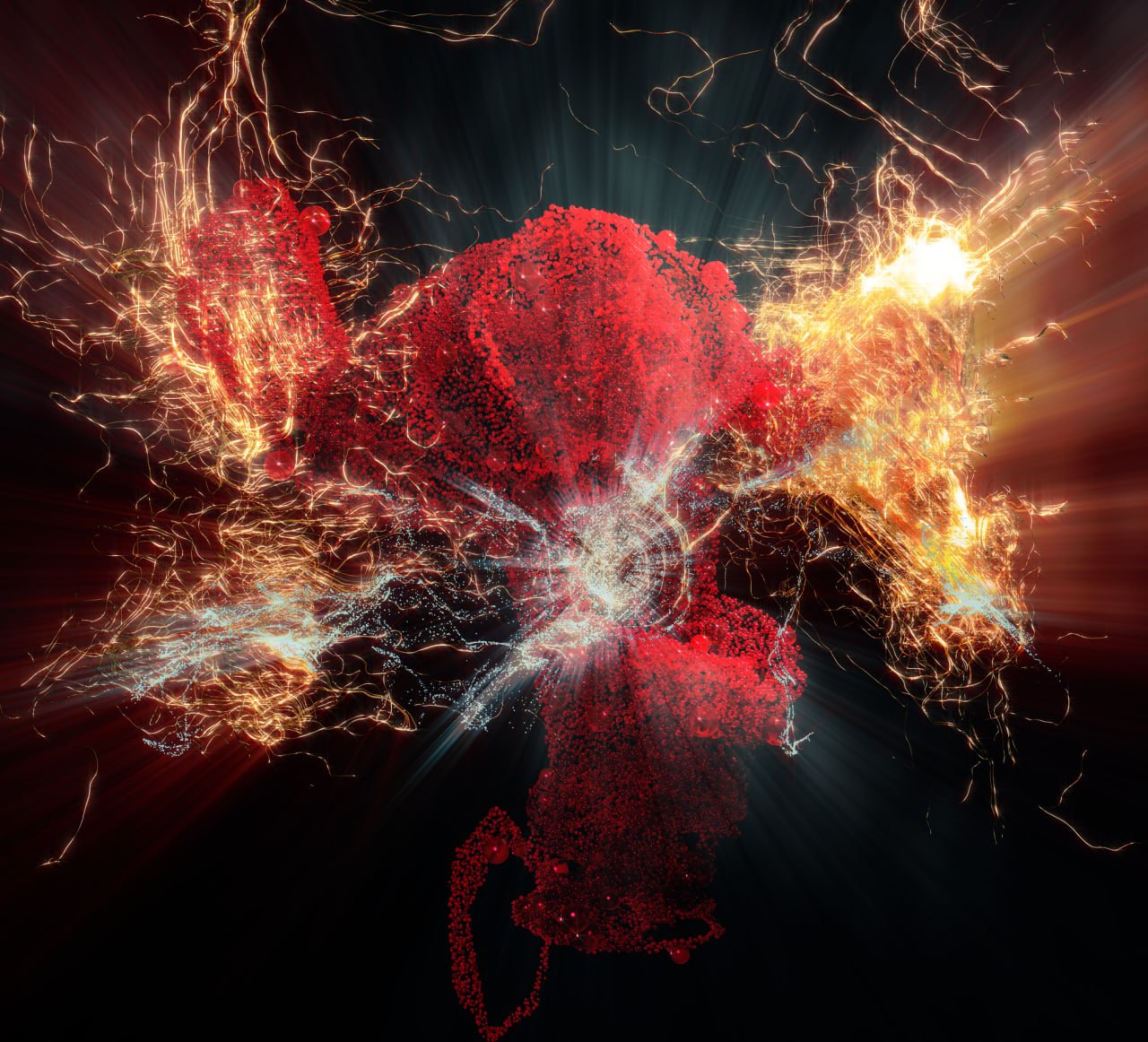 What lies within the bounds being? IntraBeing envisions enigmatic spaces beyond the capacities of medical imaging tools. The project employs MRI-acquired data to reveal alternative time scales inside the human body; digitized flesh, nerve fibers and hydrogen atoms unveil magnetic potentials that augment our material sense of being.

The project confronts the boundaries of imaging the human body to imagine a boundless and intra-active sense of being. During the STEAM III Residency, Eli Joteva worked remotely with scientists at Fraunhofer MEVIS to investigate the capacities of medical imaging and simulation procedures and locate enigmatic spaces that emerge at the limits of their resolution and computation. She conducted a series of full body MRI scans and Diffusion Tensor Imaging (DTI) scans, commonly used only to show connectivity in the brain, to instead uncover nerve fibers in the chest, pelvic and feet regions of her body. She drew inspiration from the fact that hydrogen atoms, which MRI processing relies on, are also in constant flux on a nano-second time-scale and thus evade precise measurement. These components are key elements in the artwork which exhibits an oscillating inner landscape of hydrogen atoms, the nerves they flow along and the magnetic potentials generated between them.

Intrabeing will be on view as a video installation from 8-12 September 2021 at the Ars Electronica Festival in Linz and can be experienced in one's own four walls as augmented reality.